Where To Find The Best Ice Cream In Hong Kong If you’re wondering where to get the best scoop, then read on for the places serving the best ice cream in Hong Kong. From artisanal gelato to childhood favorites like soft serve, we’ve got your cravings covered. 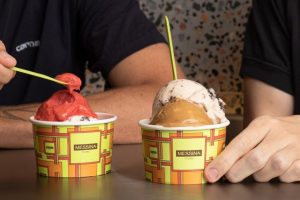 Located at the historic Pottinger Street in Soho, Messina Hong Kong is the scoop of joy the city deserves. Since its opening in 2021, the gelateria has become a go-to dessert destination in the area for many, for anything from those leisurely afternoon guilty pleasures to a sweet way to start a first date or the after-dinner scoop to close out the night. Messina’s 35 classic flavors are available year-round, including best-sellers such as Italian Nougat and Bounty. Whether you prefer a tried-and-true classic or an out-of-the-box offering, they have you covered with a selection of crowd-pleasers complemented by a line-up of rotating specials, including one new, never-before-seen flavor presented every week. 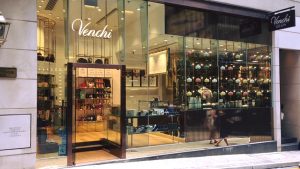 Venchi Chocolate and Gelato, multiple other locations across Hong Kong Gelato Go makes all its gelato and sorbetto daily from fresh natural ingredients (Valhrona chocolate, Piedmont hazelnuts, Sicilian pistachios and so on) imported from Italy and all over the world. Using no artificial flavors or colors, they offer classic gelato flavors include both the traditional (coffee, fruits, chocolate), as well as flavors for the more adventurous palates, like limoncello and truffle. 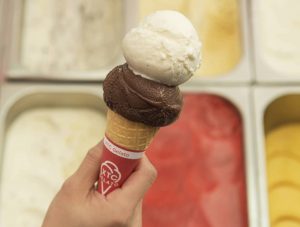 XTC Gelato prides itself on producing natural low-fat gelato and turning local desserts and drinks into creative flavors. Locally inspired gelatos include its Hong Kong milk tea and black sesame. The volcanic pistachio is not to be missed, while traditional flavors such as vanilla and chocolate are also all-time favorites among fans, and there’s always a selection of sorbets for those who prefer fruitier flavors. The average fat content of its gelato is between 5 and 10%, so what’s a better excuse to go for a double scoop? 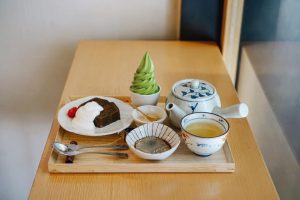 Via Toyko is a dessert parlor that specialises in traditional Japanese desserts and soft serve creams. It serves perfectly bitter matcha soft serve in a waffle cone or bowl, as well as ice cream creations with a variety of Japanese-inspired toppings, such as mochi balls, pound cakes, and cookies. Other soft serve flavors include hojicha, original cremia and limited edition seasonal flavors. Impossible to decide? You can also get a mix.

Mobile Softee (雪糕車), also commonly known as Mister Softee (富豪雪糕) is a mobile soft-serve ice cream van franchisor which has been operating in Hong Kong for decades. The iconic exterior of the trucks together with The Blue Danube tune they play are part of the collective memory of many Hongkongers. Today the company has 14 ice cream vans running on Hong Kong Island, Kowloon and the New Territories, serving up soft ice cream in crispy sugar cone, nutty drumstick, large ice cream cups, and Jumbo Orange (orange sorbet). As any fast food connoisseur knows, there’s more to Mcdonald’s menu than its primary savory fare. For a lot of McDonald’s customers, the classic vanilla soft serve cone, sundae, and McFlurry are just as worthy of a visit as the burgers and fries.