Being in Hong Kong, we are sure our readers have come across the term “yeet-hay” (熱氣, or heaty in English), and Chinese herbal tea has been its rival for as long as this concept has existed. The traditional remedy struck peak popularity in the 19th century among Chinese residents in Hong Kong.

According to Chinese medicinal theories, “heat” and “dampness” accumulate in our body due to unbalanced diets dominated by food that is essentially not bland or boiled, unhealthy habits like sleeping late, or the humid weather, resulting in fatigue, a red hot swollen tongue, nose bleeds and worst of all: acne. That’s why the Chinese, specifically those from Guangdong province, cool themselves down with leung-cha (涼茶, or cooling tea in English) herbal teas of various recipes that tackle these symptoms while maintaining internal body harmony. As summer squeezes in, chill yourselves with these six herbal teas this hot, humid season and we can guarantee you: no more yeet-hay.

Scroll to the end for places to get these teas!

The black, thick 24-Flavor Tea encapsulates the essence of as many as 28 ingredients including bamboo leaf, peppermint, monkfruit, Japanese honeysuckle flower and more, like the sweet and sour hawthorn or rock sugar that vary from formula to formula. Despite being distinctively bitter, this specific blend is the most popular among other herbal teas for serving multiple benefits such as effectively cooling down internal body temperature, solving digestion issues and tackling pimples.

The Canton Abrus Herb Drink is the traditional Chinese way to detox before we knew of lemon water and green smoothies. Boiled with the main ingredient Canton Abrus, known otherwise as prayer-beads, dried Jujube, licorice, monkfruit and cane sugar, this blend is a go-to for night owls as it is said to improve liver functions while also helping with a sore throat.

Made mainly with Rorippa Indica and sometimes dried jujube, Sauropus Spatulifolius and dried tangerine peel that, again, vary from recipe to recipe, the Rorippa Indica tea is comparatively mild in taste. Many locals still take this herbal drink as a cure for early respiratory diseases as it allegedly calms a sore throat, coughing and mild fever. It is also an open secret that Rorippa Indica Tea is an effective way to get rid of the annoying canker sores that, to no one’s surprise, happen when you have yeet-hay.

We have finally arrived at some leung-cha that are actually tasty: Pear Tea is among the most popular because it is relatively easy to prepare at home. Mainly comprising pear, known for its effects to enhance lung functions and balance out the heat trapped in your body, and apricot kernels which help to improve digestion issues, this drink can be served either warm or cold, savory or sweet, depending on whether salt or rock candy you add to taste.

Another popular herbal drink that can be prepared at home, the sweet Imperatae Cane Drink can be found both at local leung-cha shops and most fruit stalls. Usually made with Water Chestnut, Sugarcane and Imperatae, this cooling tea expels dampness and soothes little itches on the throat. Many would feel home to the drink because it brings back childhood memories of being forced by grannies to chug jars of this down while suffering from chickenpox. 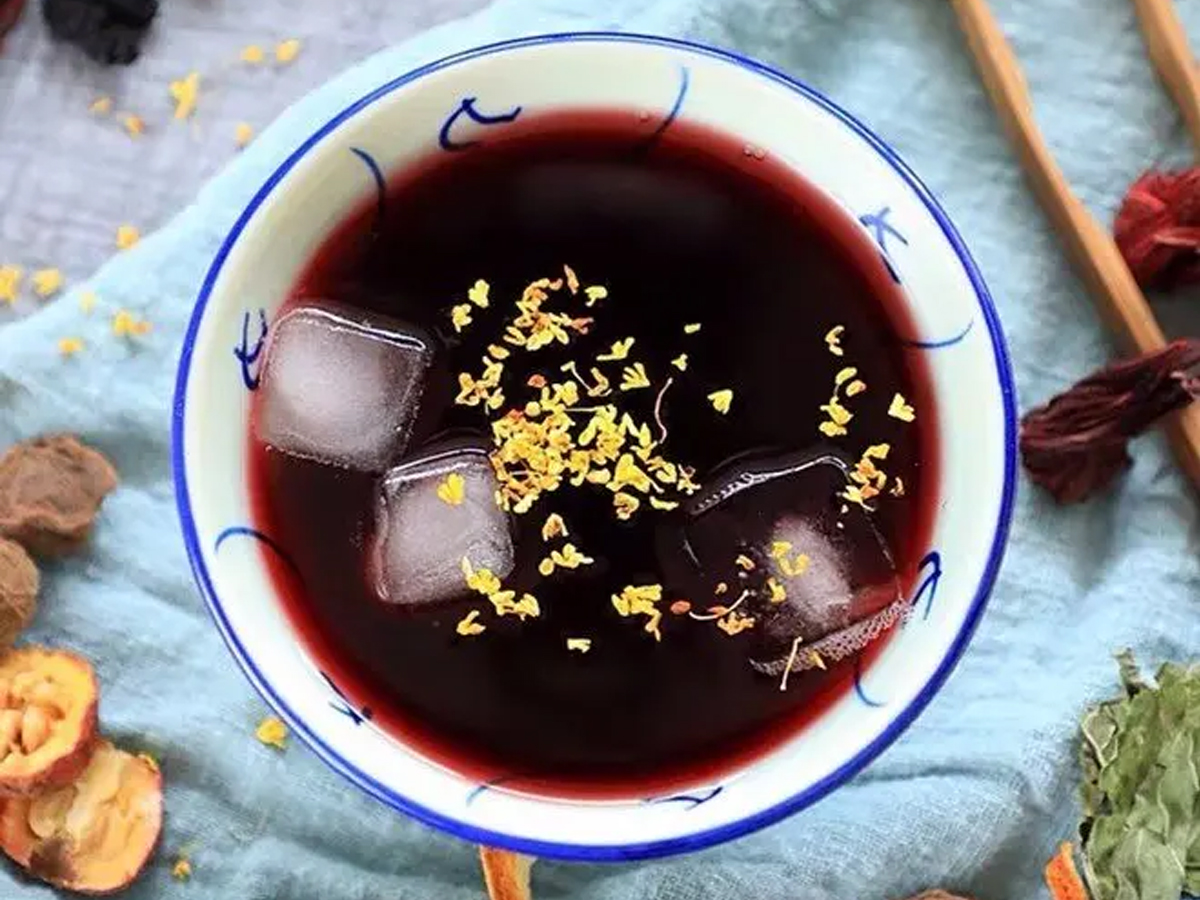 Most of us wouldn’t catagorize the Sour Plum Soup that frequented hotpot tables as leung-cha. The drink is prepared with Ume plums, ssmanthus and crystal sugar and is recognized for its sweet and sour taste that is effectively thirst-quenching and for the final time, helps with yeet-hay.

Besides the famous Good Spring Company Limited (春回堂) in Central, Sam Bat Mai Kudzu (三不賣野葛菜水) in Wan Chai, and Wanglaoji Liang Tea (王老吉)  that descended from the long line of Traditional Chinese Medicine teachings, you can also get the slightly sweetened bottled leung-cha from Hung Fok Tong (鴻福堂) or HealthWorks (健康工房) or from most convenient stores when in a rush.

Although most locals, or maybe just us, believe the bitterer the better, Chinese medicine newbies with a lower bitterness tolerance can always start with herbal teas with a modern twist from Herbaceous Teas (良茶隅), CheckCheckCin, or Silence Universe (光明大地) in Kwai Chung.