Convene, Noodle Fiends: There are two types of Hongkongers: people who love TamJai SamGor, and misfits. The noodle chain has been in Hong Kong for over two decades and has very much entered the Hong Kong public subconscious — that’s why it’s so exciting that it’s now opened a flagship on Wellington Street in Central. People love the Yunnan-style rice vermicelli, the variety of noodle bases with different spice levels, delicious toppings — and of course, those hard-working ladies on the floor, many of whom come from the mainland and speak with an endearing accent that’s come to be known in local pop culture as “the TamJai dialect.”

Look & Feel: With a location right by Lan Kwai Fong, the flagship has a completely different look and feel to the rest of its branches. And it has big shoes to fill: this spot, after all, was where Tsui Wah’s revered 24-hour flagship stood for many years. Whereas other TamJai restaurants have always positioned themselves as local eateries with a low-key atmosphere, here you’ll find a jazzy vibe in keeping with its surroundings. A large “TJSG” sign adorns the walls above its front door. There’s also a sleeker, more modern feel in its brightly lit interiors, with red being the dominant color, from TJSG signs inside the restaurant as well as the menu. On the Menu: An extensive list of noodle toppings ($6-8 each), with the usual TamJai suspects: fish balls, pork and mushroom balls, cuttlefish balls, enoki mushrooms, Chinese chives, fish bean curd, etc. There are also items exclusive to the Central flagship, like meat skewer starters as well as noodle toppings like lobster balls and perennial Hong Kong crowd favorite, premium fatty beef slices. Choose from soup bases like the signature SamGor Hot and Sour Soup; mala soup (hot and numbing); sha sha soup (laksa flavor, taking form as a brothy soup base rather than the thicker sauce we’re used to seeing in Southeast Asian cuisine). Spice levels can be customized, from non-spicy all the way to extra hot. Those who are fans of TamJai will already be familiar with these flavors, from the al dente Yunnan noodles to the rich, aromatic soup bases. Can’t choose? You can also order noodles a la carte. But where’s the fun in that? FYI, TamJai has partnered with Hong Kong brewery Young Master Ales to create two spicy craft beers, which will be available from early August. 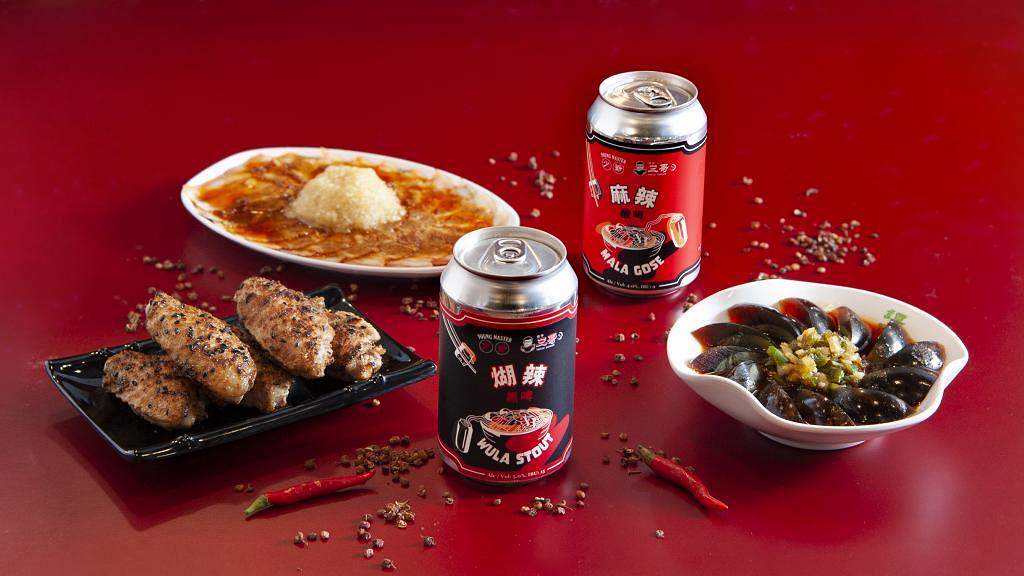 Jeng: The most diehard of TamJai fans among us on our visit found the offerings here at the flagship to be better than their local branch, from the tenderness of the noodles and the flavors of the broth (richer, more savory) to the more generous portion of the noodle dish. In truth, there isn’t really anything groundbreaking about any of these creations: They’re just solid, consistent options for noodle lovers who are in search of a cheap, satisfying meal.

Not So Jeng: The wait time is absolutely appalling, and a shock to us given TamJai restaurants’ track record in delivering piping hot bowls of noodles within minutes. With a long line, we waited around 30 minutes for a table. Once seated, it took a further 35 minutes for our mains — the noodles — to arrive. The measly starters (garlic pork belly, $21/small plate; pig ears with Chongqing-style “saliva” chilli oil sauce, $44) also took longer than expected. Given the hordes of hungry diners gathered outside, we were surprised to see the relaxed pace of the waitstaff. Even though they admitted to us that they were short-staffed, they didn’t seem to be in a hurry to get things done.

Great For: A hearty bowl of noodles any time of day.