Riviera Chic: Taking up prime position on Upper Station Street, just off the west end of Hollywood road, Nissa La Bella is the latest opening by Pastis Group and offers a compelling homage to the South of France.

Look & Feel: Nissa La Bella takes its name from the city it’s inspired by – Nice – and its Italian heritage. The name is the Italian for “Nice, the beautiful.” Appropriately then, the restaurant brings a touch of those French Riviera holiday vibes. The surprisingly expansive place is all decked out in shades of turqoise, wood accents, and murals inspired by the famous southern beaches of France. Plus, the street-facing side of the restaurant is entirely open and features window seating, offering a nice airy, alfresco feel and making it very much part of the Poho neighborhood. The restaurant was designed to make you feel like you could be on vacation on the French Riviera, and while you wouldn’t fool yourself into thinking you’re in St. Tropez, it does seem like a world away from the busy streets of hong Kong. 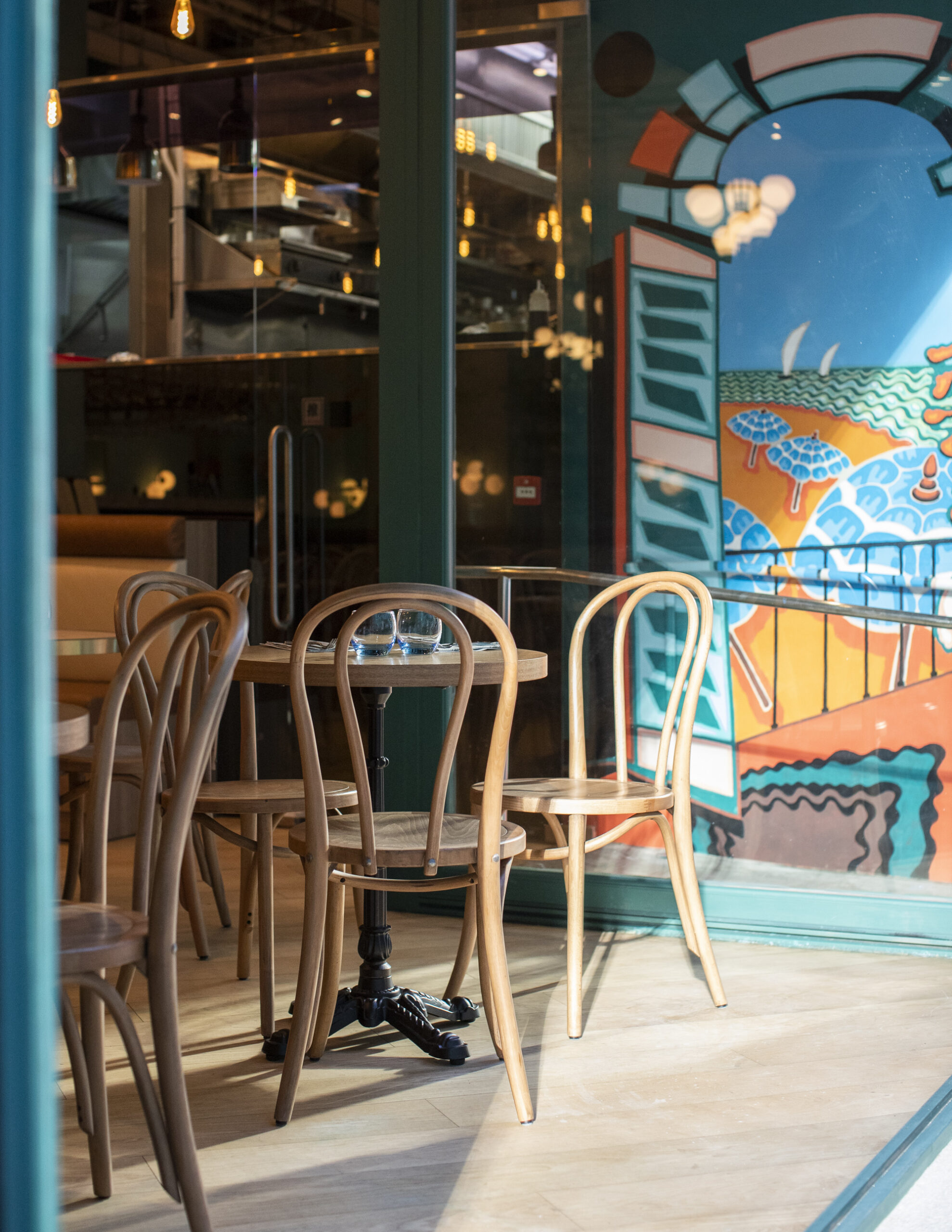 On the Menu: Like the restaurant itself, the menu at Nissa La Bella draws inspiration from Nice’s varied culinary landscape. Of course, there are some hearty, instantly-recognizable Niçoise dishes. But, there are also some plates from northern Italy, which has had some significant influence on the city’s food scene. As soon as you settling into your table, go ahead and order a socca (oven-baked chickpea pizza, $88) to snack on while you peruse the menu.

We start with the Poivrons mariné à l’huile ($78) which features thin slices of pepper simply marinated in olive oil and served cold and the Petits Farcis Niçois ($148) grilled Mediterranean vegetables stuffed with sausage. The first was a study in simplicity, while the second was a perfect combination of rich tomato-y flavor and contrasting textures.

For mains, we order the Escalope à la Milanese ($198) – a simple breaded veal escalope served with pan-fried spinach that cuts through the grease – and the Daube Niçoise ($228), which is a rich, flavorful stew that pairs tender chunks of beef with fluffy homemade gnocchi.

These five dishes were more than enough to highlight the solid culinary performance at Nissa La Bisse. The ethos here certainly gears towards simplicity, but perhaps because of this, every dish appears to be carefully considered and well executed. Alongside its à la carte menu, the restaurant has just launched a weekday set lunch offering, and is soon to debut a weekend brunch.

Jeng: The great food, the breezy atmosphere, and the friendly staff. Nissa La Bisse is a great place to unwind with friends over a solid meal.

Not So Jeng: Honestly, there wasn’t that much to fault here. This is certainly not a three-Michelin star restaurant – and it does not aim to be – but as a breezy casual Mediterranean eatery, it hits the mark.

FYI: It’s only been open a week, so the restaurant doesn’t yet have a liquor license. Stay tuned though, the license is on its way, and with it will come what’s sure to be an approachable, solid wine list.