After reigning Great Britain for 70 years, Her Majesty Queen Elizabeth II passed away last week at the age of 96, leaving her as the first British monarch to celebrate a Platinum Jubilee. Not only had she led her country to recover from World War II, but she had also seen Hong Kong’s economic take-off, a miracle that turned a once colonized fishing port into one of the world’s most important financial cities —  locals hence referred to her as 事頭婆 (“boss lady”). This is also why some of the city’s most symbolic artefacts and architectures, included in this week’s city guide, are named after the late Queen. Located in Mong Kok, Hong Kong’s most populated hub, Queen Elizabeth School was conceived in 1953, one year after the late Queen’s coronation, and started accepting students in 1954. QES is the first co-ed public school in the city and remains one of the best. Alma mater to numerous notable alumni contributing to all fields and industries, it has also nurtured its first straight-5** student in the past year’s HKDSE. One of the aftermaths of WWII was a skyrocketing increase in population in Hong Kong, leaving the former Lai Chi Kok Hospital and Kowloon Hospital, the only two public hospitals in the Kowloon peninsula, overstressed. Queen Elizabeth Hospital came onto the scene in 1963, redirecting a portion of Kowloon’s patients from the overworked public hospitals. It was once the largest hospital in the British Commonwealth and still functions as one of Hong Kong’s most populated hospitals today, serving one-third of all cancer patients in the city. Not only that, but the public facility is also known for being a teaching center for young doctors in training. And it is worth noting that Queen Elizabeth II’s late husband, Prince Philip, Duke of Edinburgh, visited the city to lay the hospital’s foundation stone on March 7, 1959. In 1952, a non-government-funded foundation donated HK$46,000 to build the former Queen Elizabeth Youth Centre, known nowadays as the MacPherson Stadium. In celebration of her visiting Hong Kong for the first time in 1975, the colonial government gave the Stadium a revamp in its current premises in Wan Chai. With multiple badminton and basketball courts, multi-purpose hall, as well as a 3,500-seater arena, the stadium has not only served the neighborhood as an exercising hub, it is also a landmark stage for home-grown musicians. 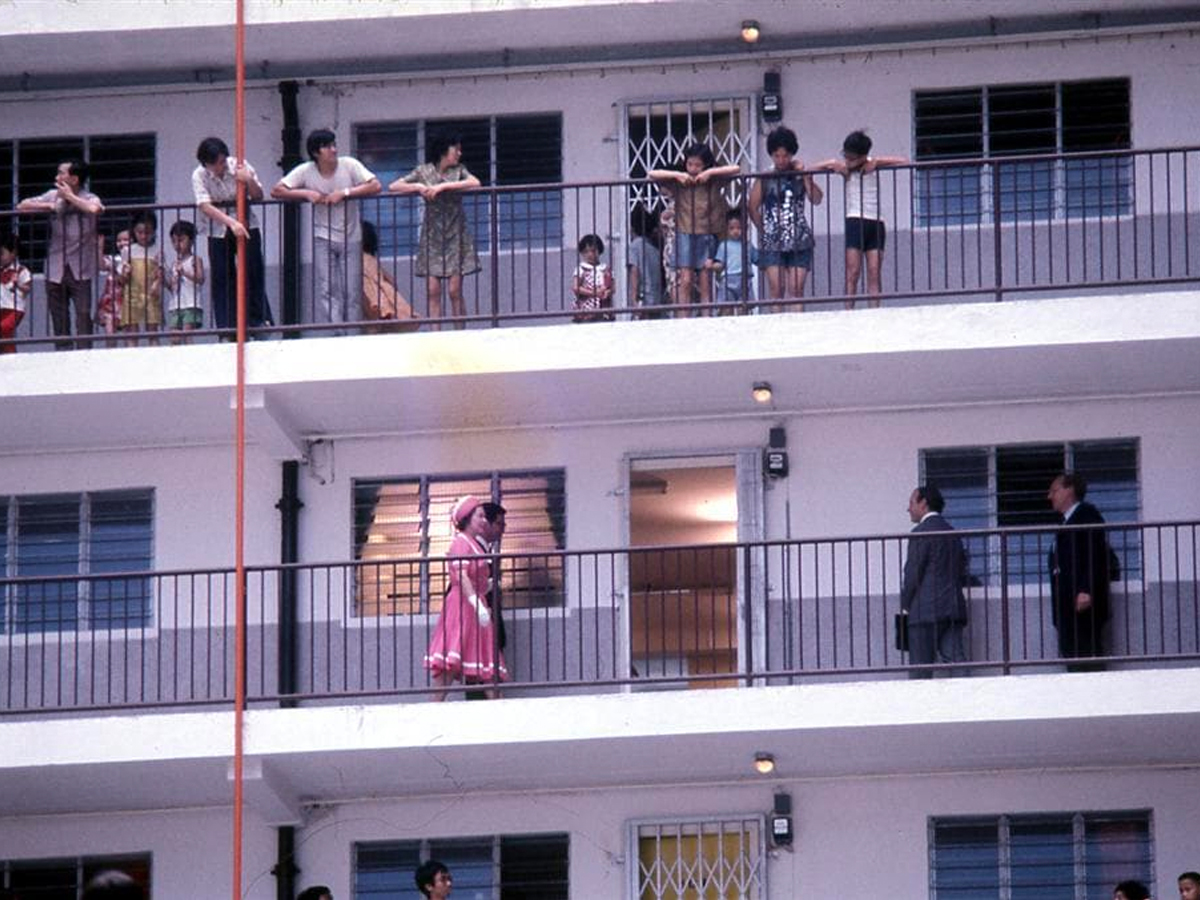 Her Majesty was known and loved for being down-to-earth. In 1975, colonial Hong Kong received the Queen herself for the first time, and her gracing Hong Man House in the public housing estate Oi Man Estate with her presence during her stay remains a memory the Ho Man Tin locals cherish. Besides the architecture that we can see and visit, the Queen Elizabeth Foundation for the Mentally Handicapped, for the furtherance of the welfare, education and training of the mentally handicapped in Hong Kong, is one of the very few laws currently in effect that is named after Her Majesty. And of course there are the old Hong Kong dollar coins stamped with Queen Elizabeth II’s side profile. However, the coins have slowly been replaced by the new ones stamped with a Bauhinia at the back.

As Hong Kong’s former “boss lady”, her influence reached beyond facilities in the colonial establishment to pop culture. In 1991, Taiwanese singer Lo Tai-yu released “Queen’s Road East”, a song named after the major road on Hong Kong Island. With Albert Leung’s lyrics that satirically express the city’s anxiety about the handover, the song made multiple indirect references to the still-reigning Queen Elizabeth II as a symbol of the British ruling class, contributing to the singer’s instant fame.

The British Consulate in Hong Kong will be open to mourners until this Friday, September 16.