There are only too many reasons for one to love Mid-Autumn Festival. Originating in ancient times to celebrate the past year’s harvest, and also as a celestial service of thanksgiving, August 15th in the lunar calendar is a day where people across Asia enjoy themselves with good food. Today, Mid-Autumn Festival is also the day families and friends get together. Scroll down to see foods most people treat their loved ones with on the day.

It is believed that mooncakes were handed to the people by Zhu Yuanzhang, later the Hongwu Emperor, to organize an uprising against the Mongol court during Mid-Autumn Festival in the later days of the Yuan Dynasty. After successfully overthrowing the Yuan, mooncakes were seen as a symbolic food to eat on the lunar August 15th ever since the Da Ming (translating to “Great Brightness”), a dynasty that Zhu established. See where to get your mooncakes here!

Chinese people believe that the round shape of the full moon we see on the night of Mid-Autumn Festival symbolizes the reunion of families. And the sweet rice dumplings, also round in shape, are served to remind us of the importance of family on this particular day. Usually served hot in a sweet ginger and date broth, the dessert is also prepared to warm you up while you enjoy the autumn breeze. Make them at home for the most authentic experience! Otherwise, you can always find them in traditional Cantonese dessert spots and cook ready-made ones from the supermarket. 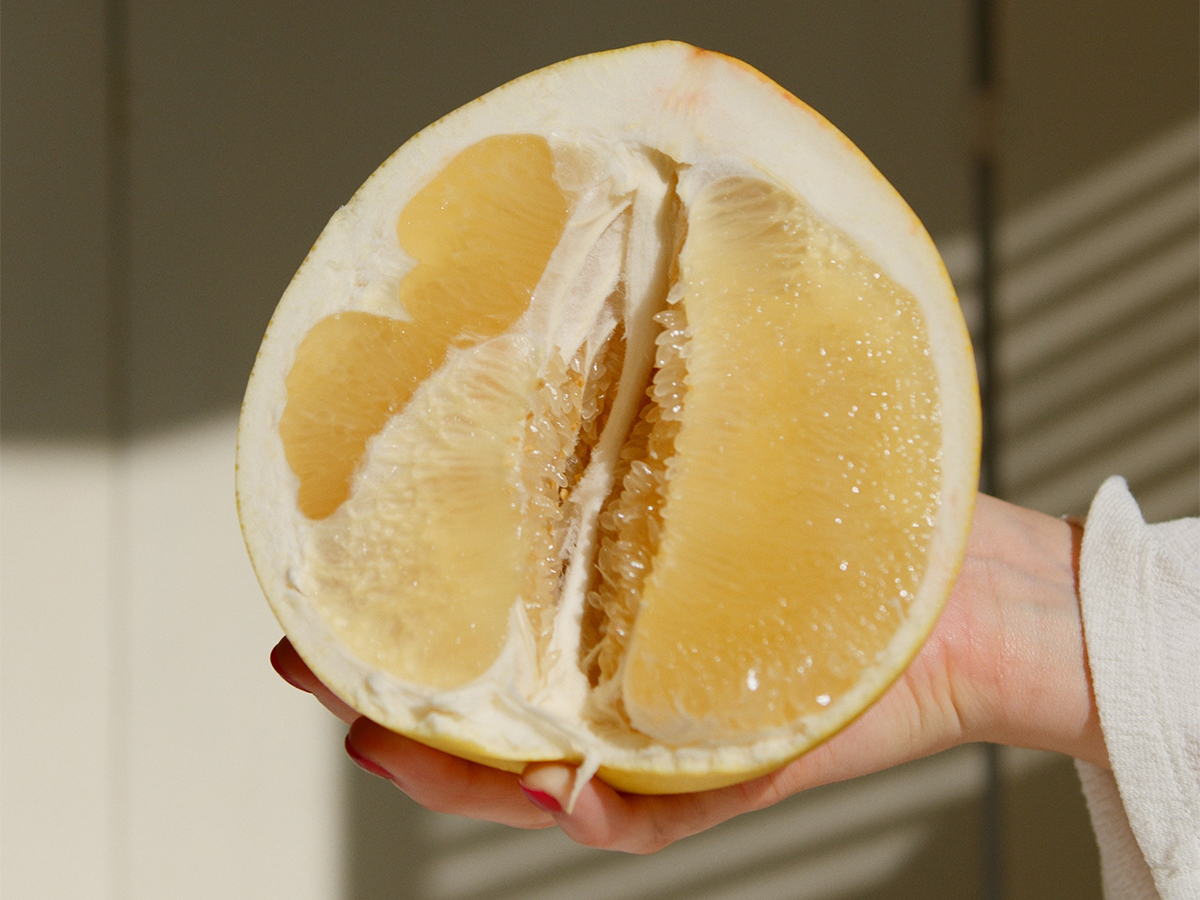 Unlike most Asian/Chinese festivities that we usually celebrate with cooked dishes, fruit is a big part of the Mid-Autumn Festival dining table. Pomelo, for one, is a popular food we get to enjoy. Try most Hongkongers’ go-to summer dessert, mango pomelo sago, if you want to test the waters with this fruit. The logic here is quite similar to that of rice dumplings: pomelo’s round shape replicates that of the full moon. And it is also a traditional family activity for children to craft their own festive lanterns out of the sturdy Pomelo peel! Another fruit we love eating on the day is starfruit. Not only is it seasonal produce in autumn, but starfruit’s Cantonese pronunciation (“yeung toh”) is similar to a silver coin currency (pronounced as dai yeung) that the Chinese used in the past. Hence, it is seen as a lucky charm that brings income to the family. However, if you have never really been a big fan of the fruit, you can always settle for starfruit-inspired lanterns to bring fortune to your household this Mid-Autumn Festival. 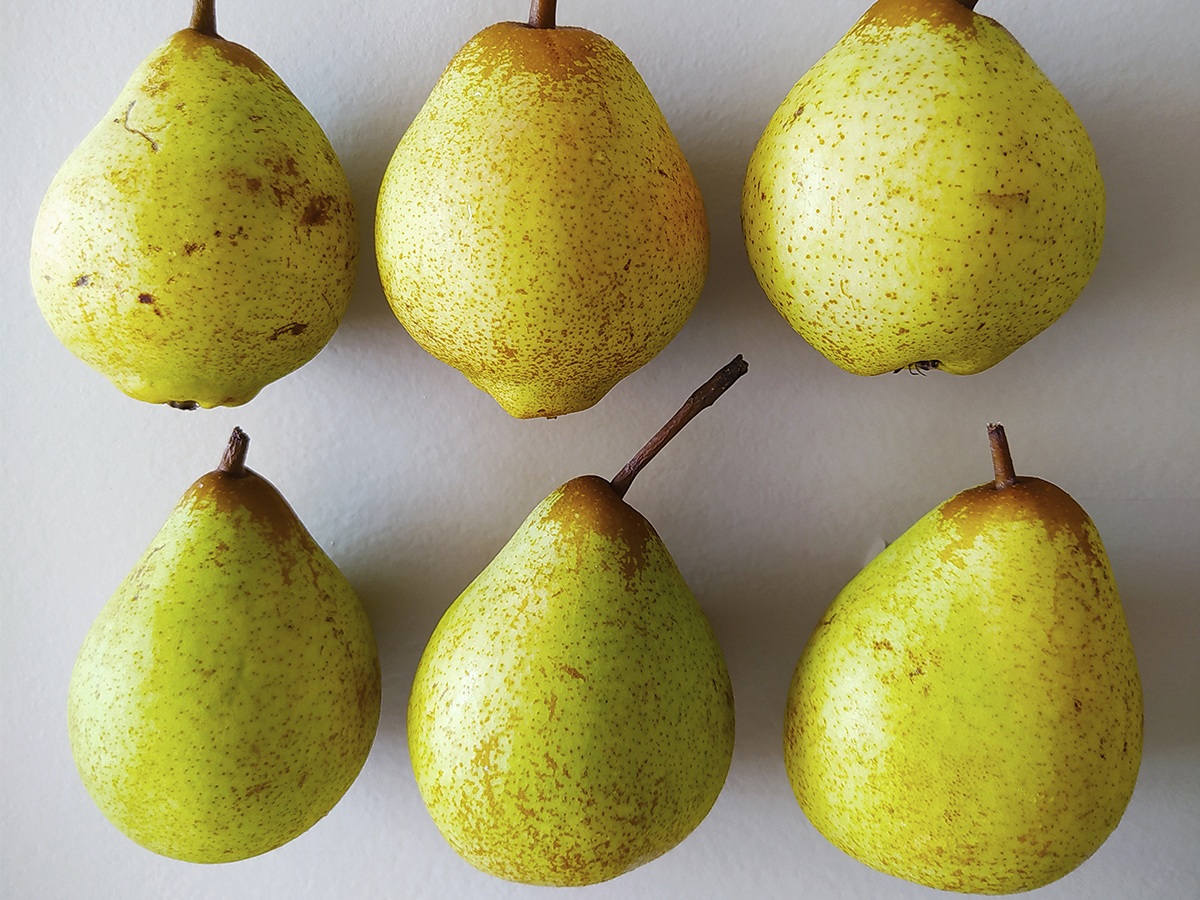 Pear is also a type of fruit we eat because of wordplay. Similarly pronounced as “departure” (“fun lei”), the Chinese believed that by consuming pears (pronounced as “lei”), they are also eating away the possibility to have to depart from the family. As versatile as it is tasty, pear is also a common ingredient that Cantonese people prepare soups with. 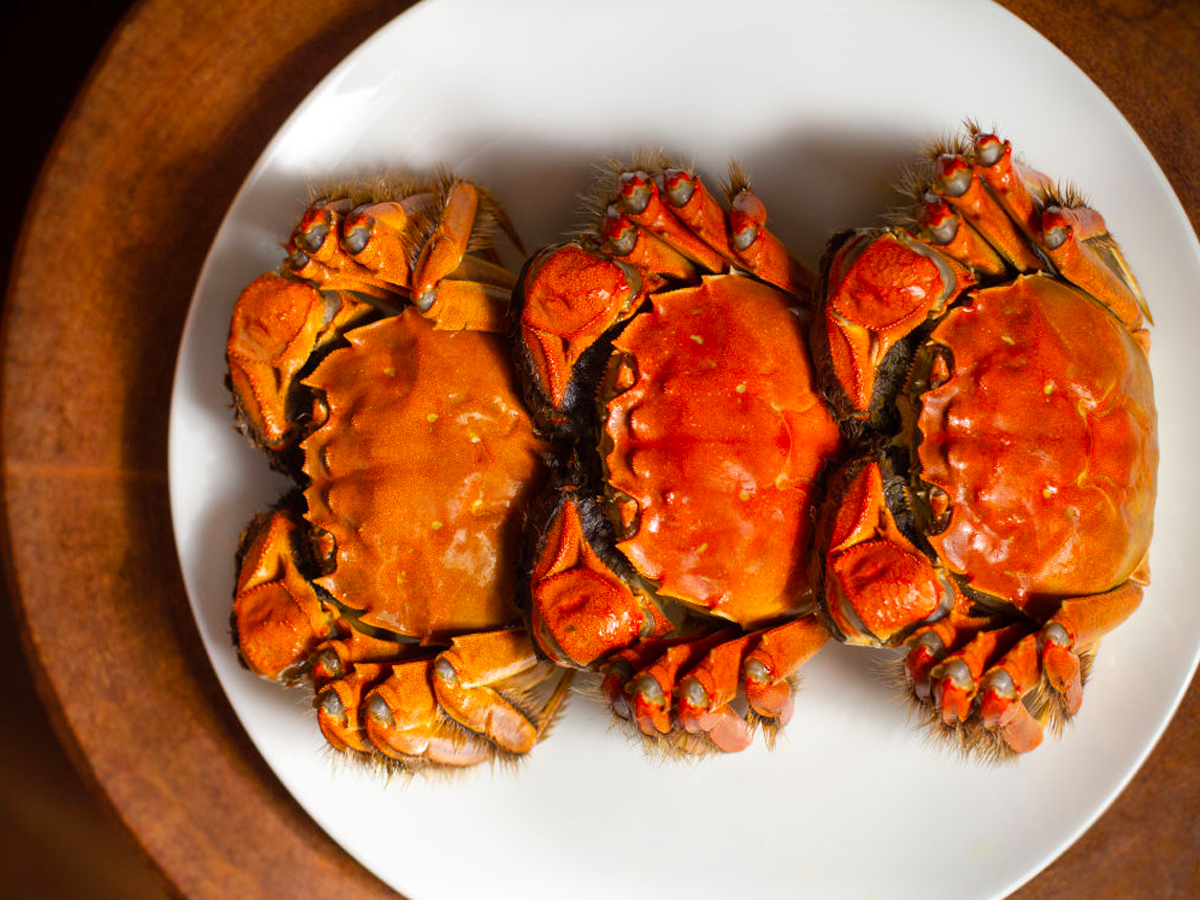 And we have finally arrived at some savory foods. Many families would make crab (and hairy ones for that matter) the star of the family feast. The reasoning behind this is pretty simple: they are in season! Mating in autumn, hairy crabs usually offer the richest density of crab roe from September to November, making this the best period of time you enjoy the delight. The seafood is usually prepared with ginger slices and served with perilla leaves to balance the food’s “cold nature” from a Traditional Chinese Medicine perspective.

As much as it is in-season, taro is pronounced “yù tóu” in putonghua, similar to how we say “a sumptuous balance”, pronounced “yú tóu”. According to TCM, taro is rich in vitamin C and dietary fiber — maybe that’s why it’s the most popular filling in Chiuchow-style mooncakes!

Most of us know osmanthus flowers blossom in autumn, but that’s not the sole reason why we love osmanthus-infused food and beverages during Mid-Autumn Festival. It has been a tradition to pair our festive treats with osmanthus wine after Qing Dynasty’s fifth emperor, Qianlong, showed high praise towards the liquor. It is also worth noting that the beverage was once exclusive to noblemen only; and today, the royal treat is just a few clicks away.