You probably have plans to go watch Toy Story 4 (currently in theaters), the upcoming live action remake of Lion King (July 25) and the Quentin Tarantino movie Once Upon a Time in Hollywood (July 25). But other than big-name Hollywood titles, there are also many exciting films coming from Asian cinema. Here are the ones we’ll be watching this summer! Parasite is a chillingly dark tragicomedy that will shock you at every turn. From the director Boon Joon-ho of Snowpiercer and Okja, Parasite is a biting and passionate social commentary about class and wealth. 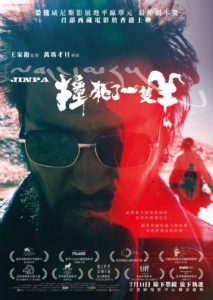 It’s not every day Hong Kong gets a Tibetan-language movie, not to mention one produced by legendary filmmaker Wong Kar-wai! Jinpa is a Tibetan art house film by auteur Pema Tseden about a man’s journey of guilt and redemption after accidentally running over a sheep. It’s also won Best Screenplay at Venice International Film Festival. Andy Lau and Louis Koo — two of Hong Kong’s top actors — face off in the biggest Hong Kong release this summer. Andy Lau plays a drug-hating businessman while Louis Koo plays the city’s most powerful drug lord. It’s meant to be a snappy action film, so you’ll have no problem catching up even if you didn’t watch the first installment. Japanese director and screenwriter Hiroshi Okuyama won Best New Director at the respected San Sebastian Film Festival in Spain with this debut feature. Humorous and unexpected, Jesus follows a 9-year-old as he moves to a small town, where he encounters not only Christianity for the first time in his new school, but Jesus himself. The movie adaptation of the hugely popular Japanese TV drama The Confidenceman sends the trio of con-artists to Hong Kong, their target this time being the city’s no.1 triad leader. It was a surprise hit in Japan, taking the no.1 place at the box office for two weeks in a row.

Weathering with You (August 8) After the tear-jerking and stunningly animated 2016 movie Your Name — which is also one of the top grossing anime movies of all time — Makoto Shinkai is returning with new movie Weathering with You. In it, a high school freshman runs away from home and meets a girl who can control the weather. Judging from the trailer, it’s got everything people loved about Your Name, from the beautiful rendition of Tokyo and stirring music to a cosmic-scale love story. The police force is infiltrated by a large group of corrupt officers. Louis Koo, Nick Cheung and Francis Ng star as top-level police officers trying to outwit each other, and the audience is kept in the dark from who the good and bad guys are until the very end. With Infernal Affairs director Andrew Lau on board as producer, it’ll likely be a fun spy movie.

Line Walker 2 is the second installment of the movie series based on popular TVB spy drama Line Walker, and is a separate story to the first Line Walker movie. Watch the trailer here. This one is only for those nostalgic for old-school action films that serve one and only purpose: to keep you entertained. Bodies at Rest, the third Chinese film by Die Hard 2 director Renny Harlin, is a hostage drama in which three thieves (Richie Jen plays the the leader) try to snatch a dead body from a pathologist (Nick Cheung) working the late-night shift at Hong Kong’s morgue.