We’ve all been there: scrolling endlessly on Netflix, trying to decide what to watch next. Why not try these Hong Kong movies and TV dramas on Netflix right now? Many famous and classic titles are now available on the streaming platform. Here are some of the best ones to watch: 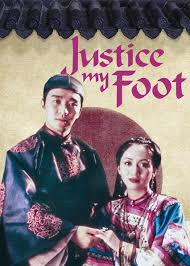 Stephen Chow 周星馳 is undoubtedly the biggest name in Hong Kong comedy. Even though he’s edging out of relevance in recent years, his early works are gold. Justice, My Foot! stars musical legend Anita Mui and is directed by Johnnie To, one of the city’s best-known directors.

Chow plays a talented but depraved lawyer who finally decides to redeem himself. Set in the corrupted Qing courts, the film takes a lot of satisfying punches at the way powerful people cover up their crimes with money and influence.

A lot of Chow’s back catalog is now on Netflix. Forbidden City Cop 大內密探零零發 is a hilariously goofy but very well-crafted comedy about a spy at the imperial court. A Chinese Odyssey Part One: Pandora’s Box 大話西遊一之月光寶盒 — a philosophical and humorous spin on Chinese folklore Monkey King — is an all-time classic and created some of the most memorable lines in Hong Kong’s movie history. 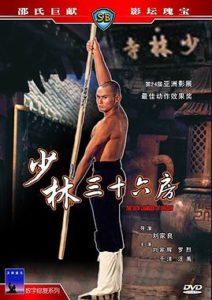 The most iconic Shaw Brothers martial arts films is now on Netflix in HQ and with English subtitles!

The 36th Chamber of Shaolin stars Gordon Liu 劉家輝 of Kill Bill fame, with a screenplay by notable Hong Kong novelist Ni Kuang 倪匡. This film is said to be the reason why Quentin Taratino wanted Gordon Liu to star in Kill Bill.

The award-winning documentary Joshua: Teenager vs Superpower focuses on political activist Joshua Wong — only a teenager at the time —  who led his first movement in 2011 against the proposed National Education curriculum, and later became an important face for the 2014 Umbrella movement. His guts, eloquence and conviction are inspiring and hopeful in itself.

Ten Years is made up of five shorts that imagine Hong Kong in 2025. The film is banned in mainland China for touching upon subjects such as Hong Kong independence. The third short, “Dialect”, imagines a future where Putonghua has become the de facto language, replacing Cantonese. “Local Egg,” the last short, is another great one about a father whose son is enrolled in a group similar to the infamous Red Guards during the Cultural Revolution.

Weeds on Fire is a rousing sports movies based on the true-life events of a high school baseball team that defeated a Japanese team in the 80s. In an attempt to rally his rebellious students, Schoolmaster Lo establishes a baseball team. Fun, uplifting, and a great look into the lives of grass-root Hongkongers.

Boundless is a documentary about Hong Kong’s foremost director Johnnie To 杜琪峰, who’s made over 50 movies, including A Moment of Romance 天若有情, PTU, Running on Karma 大隻佬, and Election 黑社會 (also on Netflix). Ferris Lin, a film student and a huge Johnnie To fan, approached To with a detailed plan to document the director for his graduation thesis. To surprisingly agreed and Lin spent two years by his side. The result is a candid and stirring record of a crucial slice of the Hong Kong film history.

This iconic crime thriller series starring Andy Lau and Tony Leung 梁朝偉 holds up to so many rewatches. The first film, Infernal Affairs, sees two moles — Leung in the triad and Lau in the police force — trying to take each other down. The sequels Infernal Affairs II and III expand the story, taking a deeper dive into the tender but high-strung relationships formed within the police force and triad societies.

Do you remember when TVB dramas used to be good? The Defected is a breakout drama this year with surprisingly positive reviews. In it, a hard-boiled detective seeks to expose a corrupt senior superintendent.

Love in a Puff is a brilliant romantic comedy with clever jokes, memorable characters and a swoony love story between Miriam Cheung 楊千嬅 and Shawn Yue 余文樂, who met while smoking. Director Pang Ho-cheung 彭浩翔 is known for his down-to-earth and dirty humor, which is even more prominently featured in his other film Vulgaria 低俗喜劇, also available on Netflix.