From local luminaries to international names, check out the best restaurants in Hong Kong helmed by celebrity chefs. New York-style Italian restaurant Carbone is the brainchild of Mario Carbone, who trained with legendary chef Mario Batali, and opened the first branch of the establishment in the US. Paying tribute to Italian-American fare that in mid-century New York City, Carbone is all about classic comfort dishes, and here in Hong Kong it’s presented in a sexy setting (think dimly lit space, plush seating). Since its opening in the SAR in 2014 in partnership with Black Sheep Group, some of Carbone’s best-loved signatures include spicy vodka rigatoni, caesar alla ZZ salad and veal parmesan. There’s no doubt a lot of media hype around Carbone — it has a shout-out from rapper Drake — but the delicate flavors and beautiful presentation means it’s definitely worth your time. 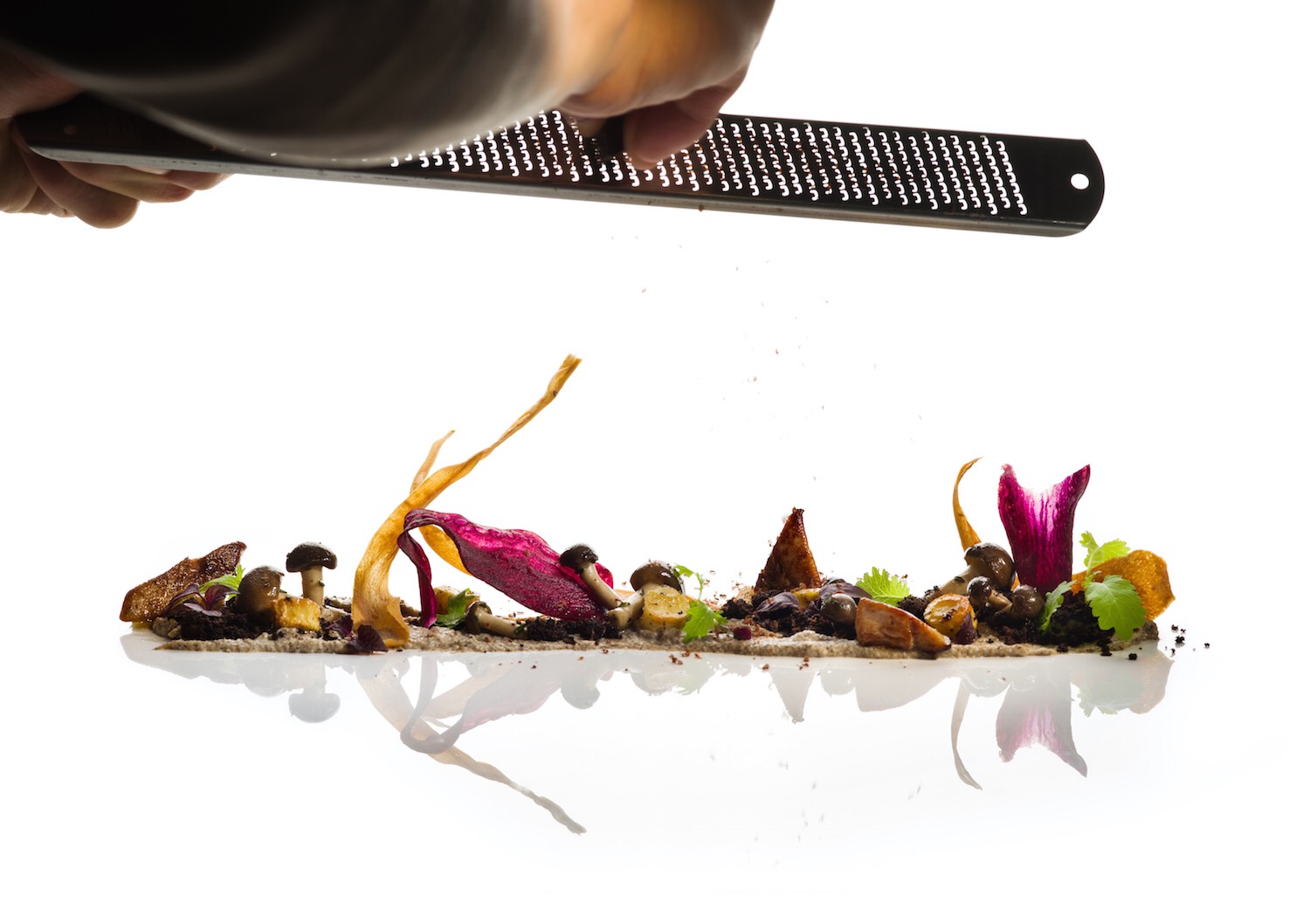 This restaurant/cafe/dessert bar is helmed by Singaporean chef Janice Wong, who won Asia’s Best Pastry Chef under S.Pellegrino & Acqua Panna’s Asia’s 50 Best Restaurant in 2013 and 2014, and trained under industry heavyweights like Pierre Herme, and Grant Achatz of Alinea. So why else should you visit Cobo House, her first foray into Hong Kong’s restaurant scene? Cobo House offers all-day dining as well as an exquisite selection of desserts. Fresh ingredients is the name of the game here, though its sweet treats are a must-try. Signatures include Tsujirihei green tea tart, and cassis plum (made with blackcurrant bombe, Japanese liqueur umeshu, cassis pastilles and yuzu caviar garnished with yoghurt elderflower foam).

Consistently landing on best restaurant lists in Hong Kong and the wider region, Joel Robuchon‘s eponymous fine-diner is probably one of the city’s most well-regarded restaurants. For diehard foodies, Robuchon needs no introduction: the French chef runs restaurants across three continents with almost 30 Michelin stars between them. Expect painstakingly prepared contemporary French fare, like la langoustine (crispy langoustine papillote), and a high level of service.

Rech was originally a Parisian seafood fine-diner established in 1925 — which was resurrected by chef extraordinaire Alain Ducasse some 10 years ago. The Hong Kong branch, located at the InterCon, marks the restaurant’s first overseas outlet. The renowned French-born chef is one of the most celebrated restaurateurs in the world, with over 20 Michelin stars awarded to his establishments. And here, you can expect no less than jet-fresh seafood and top-notch service. “Demon Chef” Alvin Leung is behind three-Michelin-starred Bo Innovation, which takes Chinese cuisine to the next level with a molecular spin. The chef, who was previously a host on Masterchef Canada, is known for extravagant Cantonese-inspired fare and elaborate menus that serve up to 14 courses. Perhaps one of his most well-known dishes is a deconstructed xiaolongbao — a concentrate served on a spoon featuring the essence of the dumpling’s flavors. Another one of his signatures organic “long jiang” chicken served with nine-years-aged acquerello rice. For good, unpretentious food plus reasonably priced cocktails (a rarity in Hong Kong), head to Jamie’s Italian by UK’s “naked chef” Jamie Oliver. The TV chef is known for his approach to classic British fare, though his Jamie’s Italian chain of restaurants in the UK has also garnered him plenty of good reviews. The first Hong Kong branch, in Causeway Bay, opened in 2014: here you can dig into signature Italian offerings like tagliatelle bolognese, Italian-spiced chicken wings, and moreish antipasto platters.

One of the city’s favorite Chinese fine-diners, The Chairman is helmed by chef Kwok Keung-tung. Originally starting out as an apprentice cooking Cantonese, Taiwanese and Sichuan fare, he became head of The Chairman almost a decade ago. With a place on Asia’s 50 Best Restaurants list, it doesn’t disappoint. Signatures include soy sauce chicken; steamed fresh flowery crab, made with aged Shaoxing wine and braised spare ribs, just to name a few of its famed Cantonese dishes. Award-winning executive chef Jaakko Sorsa helms long-standing FINDS (“Finland, Iceland, Norway, Denmark, Sweden), which remains the only Scandinavian establishment in Hong Kong since its opening in 2004. The Helsinki native, who worked in Michelin-starred restaurants in Europe, came to Hong Kong over 10 years ago and hasn’t looked back since.