Cantopop, Hong Kong films and local dramas have all been influential cultural exports from our fair city, but Hong Kong novels have largely been absent from this list. One reason is that very few books have actually been translated into English. Another big factor is the relatively small local readership, which, alongside a competitive market, creates a vicious cycle that doesn’t nourish and reward good writing. Well, we’re hoping this will change one day — here are five great translated Hong Kong novels we are introducing to our English readers, which cover everything from biting social satire and mesmerizing surrealist fables to super satisfying detective novels. Happy reading! 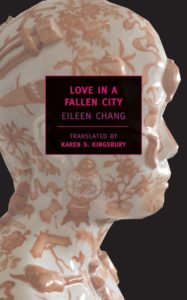 If you enjoy writers like Elizabeth Strout, Flannery O’Connor, and Alice Munro, you will have a great time reading Eileen Cheung. She’s every bit as sharp and funny as her western contemporaries. Though originally from Shanghai, Cheung spent a significant amount of time in Hong Kong after escaping Communist China in 1952. Most short stories in this collection are set in Hong Kong. The book paints a brutal society where everyone is mean, calculating and equally trapped by rigid societal conventions. Unsurprisingly, the women are dealt the worst cards, and they manipulate their way into ultimately unhappy marriages, become opium addicts, take revenge on those who wronged them, and more. And yet, somehow, beautiful and darkly humorous writing shine through these troubling stories. It’s a dazzling and unflinching examination of modern Chinese society. 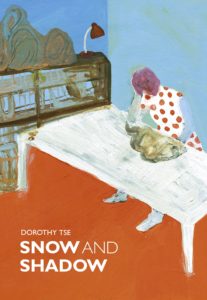 First, a bit of context if you’re unfamiliar with the younger crop of Hong Kong writers: surrealism and magical realism are quite popular genres among them. Snow and Shadow are filled with such surrealist fables that become weirder and more nightmarish by turn. In “The Love Between Leaf and Knife,” a pair of lovers try to out-win each other in their romantic gestures  — to violent outcomes. In “Tree,” what starts out as a relatively innocent tale of a father donating his head to his son quickly turns sinister. Some stories are admittedly disorienting, but, as a whole, they form a mesmerizing and haunting collection. 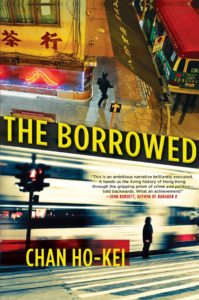 The Borrowed is a detective novel that packs six highly satisfying crime stories into one book. These six crimes are all cases from senior detective Kwan Chun-dok’s 50-year career. Each is set against a historically important moment of Hong Kong, such as the 1967 riots and the 1997 Handover. The book takes you on a wild ride to all corners of Hong Kong society, from the extremely wealthy upper classes and violent triad members to hawkers and corrupt police officers. It’s a gripping crime novel that also acts as a dummy’s guide to the city’s history. What’s not to like there? 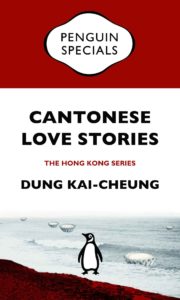 Dung Kai-cheung is one of Hong Kong’s most exciting and prolific writers. His prose is experimental and thought-provoking. Cantonese Love Stories is a slim volume, in contrast to some of Dung’s best-known works — such as the hundred-thousand-word-long “natural history” trilogy (no English translation yet) — and thus is a great introduction to this fantastic author. Consisting of 25 snappy narrative sketches, the book offers readers a poignantly observed look into the romantic lives of these often broken characters. Each vignette is named after a big brand or object during 90s Hong Kong, such as photo booth stickers and “The Bathing Ape.” It’s a super fun nod to the way materialism has deeply seeped into people’s lives in this highly consumerist society. 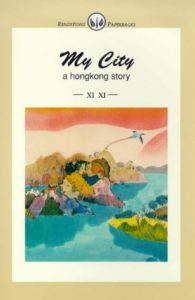 Xi Xi is an influential Hong Kong literary figure known for her whimsical writing style. There is hardly any plot in My City. Instead, the book is chiefly a collective stream of consciousness from various young people. It reads more like a poem, laced with lyrical observations about rooftop trash, electricity poles and local vegetables. The writing is sensuous, full of vivid and often surprising descriptions of the sights, sounds and smell of this crowded city. It’s one of the more hopeful books about Hong Kong that you can find.